Many triathletes and athletes regularly take performance tests, because performance diagnostics is the basis for individually targeted and effective training. Personal peak performances can be planned in the short and long term as the current performance status can be determined through the sports medical analysis. Repeated testing also provides valuable knowledge about performance development.

In the field of endurance diagnostics, two classic tests are particularly well known: one is spiroergometry, which uses respiratory gas analysis (ratio of oxygen to carbon dioxide) in a mask to record energy intake under stress and maximum oxygen uptake. The other is the lactate level test, which uses lactate as a metabolite to make observations on metabolic processes in muscles and thus allows endurance performance to be assessed. Both tests start with a relaxed intensity, which is then increased gradually or continuously until the maximum load is reached. The lactate test can also be performed in combination with spiroergometry. The aim of each performance test is to determine the current state of performance and to derive training optimisation possibilities, e.g. in the form of heart rate training zones.

As an alternative to these ‘laboratory’ performance diagnoses, tests that can be performed independently at home or realistically in the field have recently become popular. Thanks to the widespread availability of power meters, procedures such as the FTP test have become established, especially in cycling and thus also in triathlon.

FTP stands for ‘Functional Threshold Power’. This value indicates the maximum possible average power that the athlete can maintain over the course of an hour. A simple FTP test consists of a 20-minute time trial. The average power achieved in this time is multiplied by a factor that adjusts the value to 1 hour. The test is easy to perform and is therefore very popular among amateur athletes. The weaknesses of the test are that not all athletes find the motivation to cycle ‘to the bitter end’ for 20 minutes. Furthermore, the test does not assess the athlete’s metabolic situation during the 20 minutes.

Meanwhile, some professionals have developed procedures that can be used to numerically calculate the energy metabolism in the aerobic and anaerobic components. One parameter that has been used for several years is the VLamax, the maximum rate of lactate formation. It describes the ability of muscles to supply energy through anaerobic metabolic systems. To calculate the individual performance profile, it is sufficient to upload performance data from the bicycle or running computer to the supplier’s platforms. In some cases, data from laboratory tests, such as VO2max and lactate measurements, are also used for control purposes.

Also important for field tests: for performance tests to be comparable, they must be performed in a standardized manner (same preparation, same protocol).

Performance tests are also available at 2PEAK for running and swimming. The exact methods are described here:

Aerobic metabolism refers to the production of energy in the body in the presence of sufficient oxygen, i.e. at low intensities. In this process, mainly fats and carbohydrates are burnt. In anaerobic energy production, most carbohydrates are metabolised in the absence of oxygen (anaerobic glycolysis). This happens mainly at high intensities. The later the anaerobic threshold is reached, the better the endurance performance and thus the race prognosis! Endurance athletes should be able to use a lot of energy from fat.

Thresholds are usually used to determine training zones, which form the basis for individual training plans. 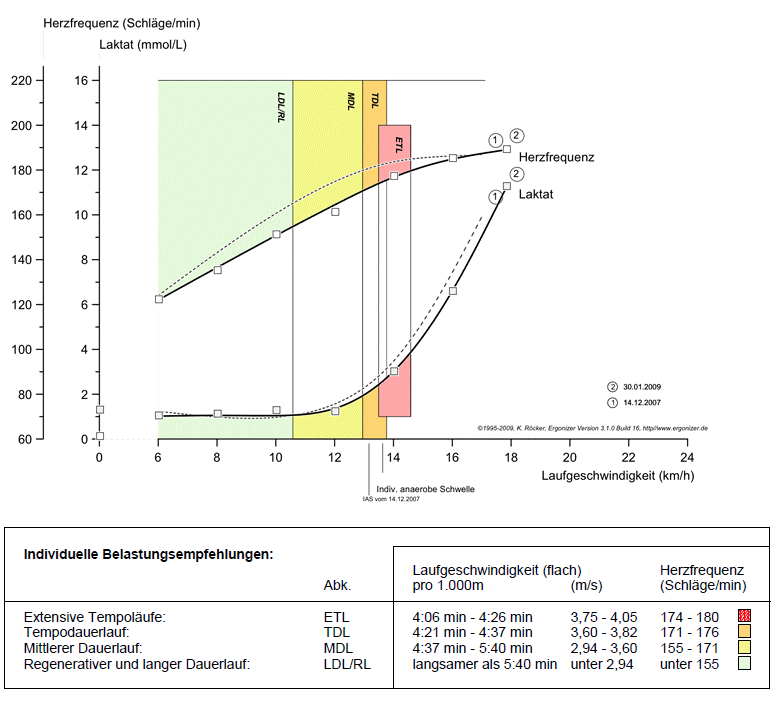 At what time is it best to carry out a performance test?

The ideal time for testing varies depending on the sport. Is there a seasonal highlight or many races in a series? Basically, performance diagnostics should be planned at the beginning of the season. Afterwards, further training can be adapted to the measured data. In this way, personal deficits can be resolved in good time before the competition phase. Furthermore, pre-race diagnostics can help determine optimal race tactics or race pace. Repeated tests can also show the evolution of performance and thus the desired success of training. Important – as already mentioned – are the dates of the tests at the same time of the season.

Is one test sufficient for all disciplines?

Not for precise analysis and training planning. Tests should be as sport-specific as possible, e.g. cycling, running or swimming. Ideally, tests should be carried out on different days, but some diagnostic institutes also offer combined cycling and running tests.

If you want to limit yourself to just one test, I recommend the treadmill test. In my experience, that’s the discipline where it is most useful to determine the optimal training zones. As a very rough estimate, you can subtract 10 heartbeats from the zones for cycling training and 20 heartbeats for swimming.

For whom is a performance test suitable?

The performance test is suitable for triathletes of all levels. Whether beginner or professional, everyone can benefit from determining individual heart rate zones, whether for training fat metabolism, increasing fitness or preparing for races. 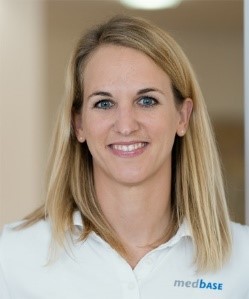 Medbase is the largest multi-disciplinary sports medicine network in Switzerland and offers specialised sports medicine services for athletes, clubs and sports associations of all activity levels in the areas of sports medicine, sports physiotherapy, performance diagnostics and training counselling.