A good pool swimmer is not always fast in open water. Here are some important differences you have to pay attention to when swimming in the wild? 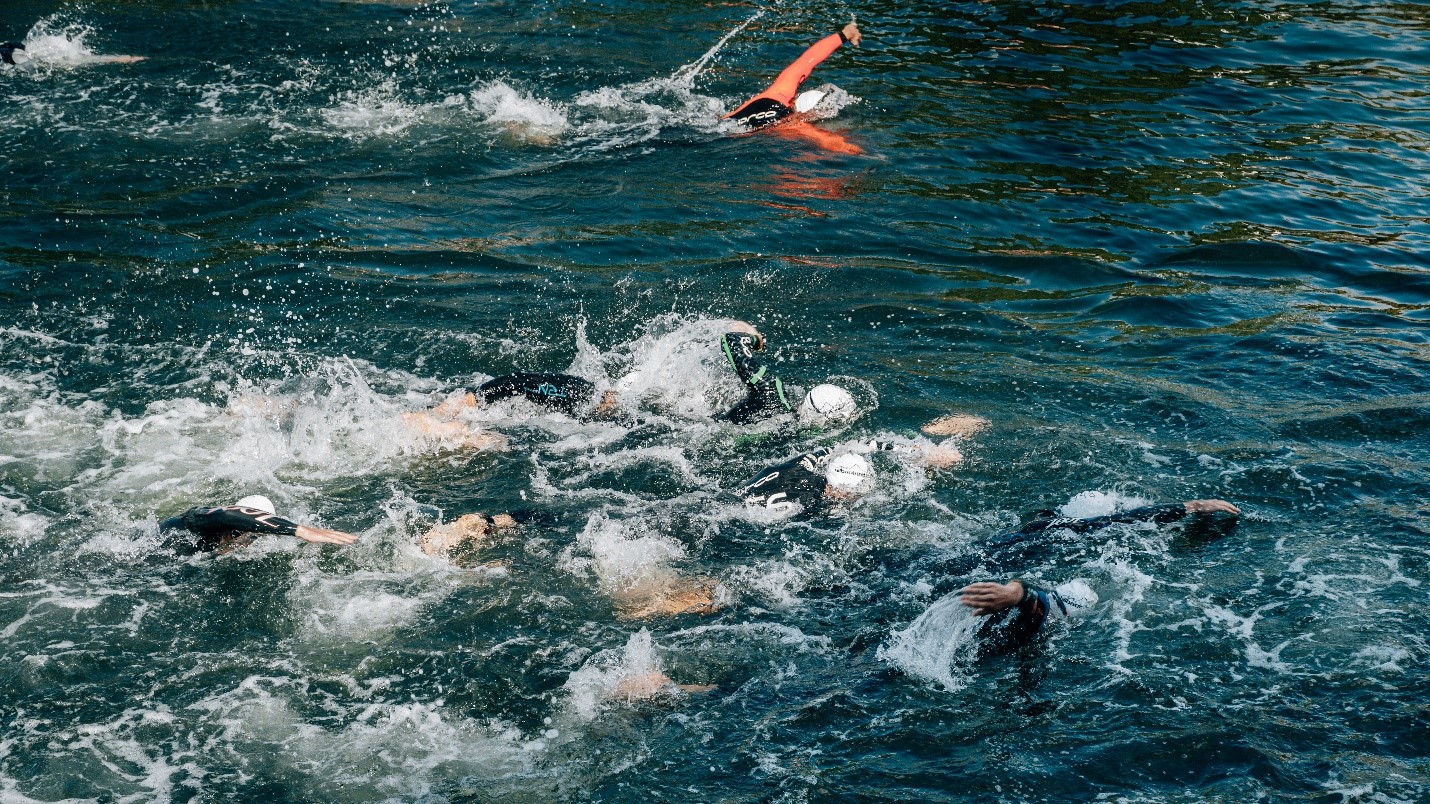 Daniela has trained hard. She even swam in a wetsuit in the indoor pool one or two times to get used to the special water situation. She feels good, is well prepared. The only thing is that she was hardly in the lake. The water temperatures were too cold to train. Now she is standing there in the ankle-deep water with her goggles on. Only a few seconds to the start, 1.5 kilometres lie ahead of her. It is windy. The waves ripple against the light. Then it starts: With the starting signal, the shore near the start turns into a foaming wave pool within seconds, Daniela in the middle of it. Her goggles slip, she swallows water, pushing and shoving brings her into breathlessness and panic. At some point she is spat to the edge by the masses, tries to calm down, moves her goggles to the right position and swims slowly behind the field in a breaststroke of frustration.

The scene just described is not an unrealistic horror scenario, but a quite possible occurrence at a triathlon. A triathlon start in the crowd, in a group of nervous athletes, can only be planned to a limited extent. Almost anything can happen if you leave it to chance. In open water, it is not always the best who are fastest, but the smartest and those with a lot of practice.

The following points can make swimming in the lake more difficult: 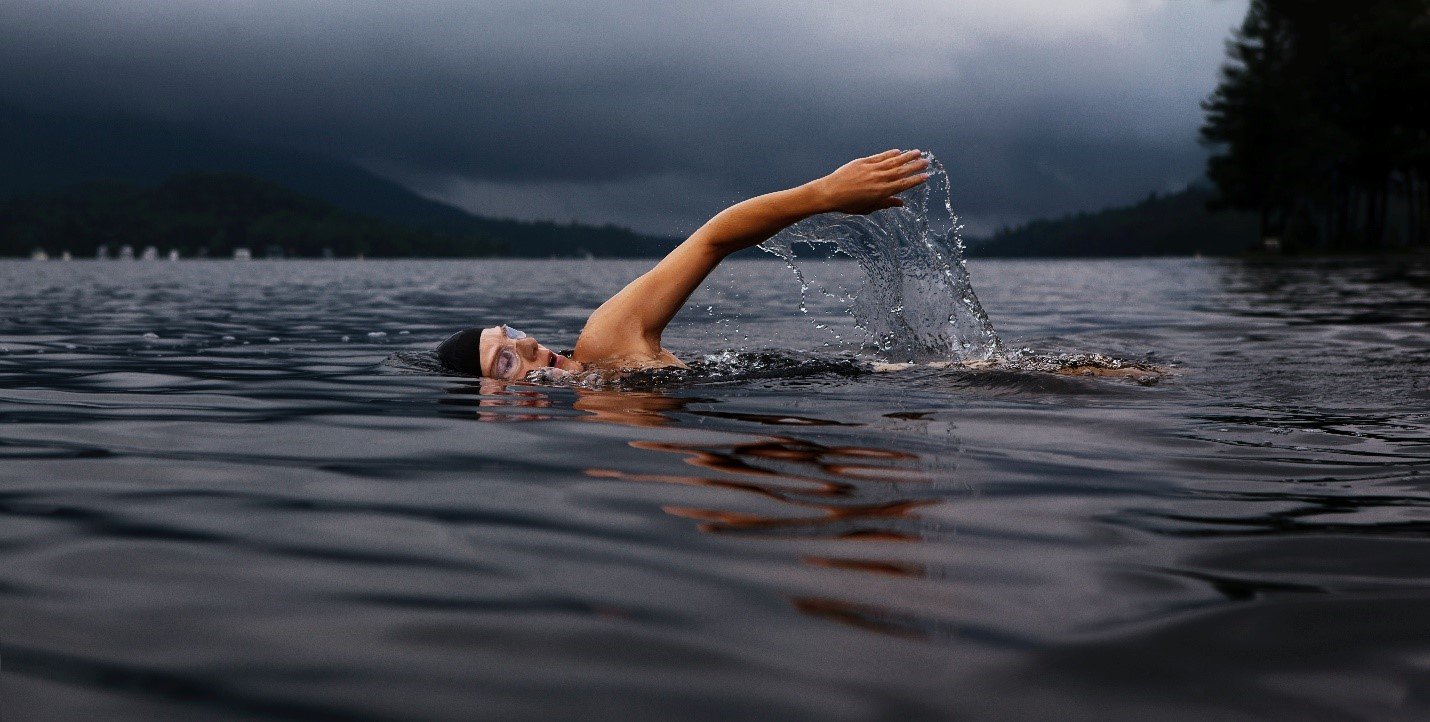 Practice swimming in open water as often as possible!

Preferably short and frequent. In colder climates this is not always an easy task, because many lakes are not suitable for swimming before June. Nevertheless, it is better to jump into the lake or river for ten minutes as soon as possible and get used to the conditions, rather than just doing training kilometres in an indoor pool. To ensure safety and fun, you should:

When people talk about swimming in the open water in a triathlon, the wetsuit automatically comes into play. In most open water races, wetsuits are a factor. Especially for weaker swimmers, the additional buoyancy of the suit is a real blessing. The water position-especially the position of the legs-is massively improved by the neoprene. You lie in the water like a submarine and swim practically “downwards”. The leg stroke only plays a stabilizing role. The time saving is quickly two to three minutes per kilometer. The legs can be spared for the upcoming load on the bike and the neoprene also protects against cold.

With neoprene, comfort and protection against the cold are decisive in addition to the water position. The suit must fit tightly to the body and should not wrinkle at the shoulders or crotch. At the same time, however, it should guarantee complete freedom of movement. Especially for inexperienced swimmers, swimming in a wetsuit at the beginning is associated with a feeling of tightness (especially around the neck). For this reason, it is also important to test the suit extensively in advance. In the past, suits had to be made in one piece, but now different lengths and thicknesses of neoprene can be used together. As a result, the best buoyancy and thermal insulation properties with the greatest comfort are achieved in spite of less material.