Road bike feeling in the forest 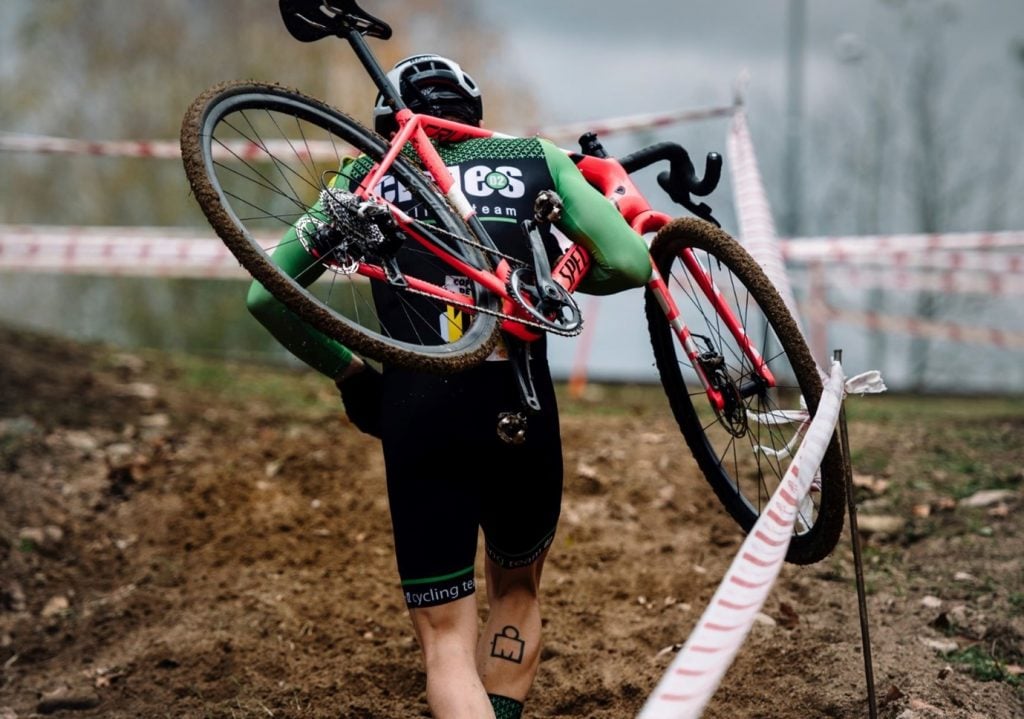 It is true that mountain biking has brought a downturn to the cyclocross bike. But for some years now, the cyclocross bike has been reclaiming meter after meter of the off-road territory. Virtually every major manufacturer now has one or more cross bikes in its portfolio, and sales are on the rise. It’s striking that the boldest, flashiest bikes from U.S. bike manufacturers are often cross bikes. Because in the USA, anyone who rides a cross bike is considered avant-garde.

The cyclocross trend is turning to Europe. “For the past two years, we have been selling more and more cross bikes,” says Peti Fontana, managing director of the Zurich-based bike store Backyard. One of the reasons for this upswing is that not only professionals but also recreational cyclocross riders compete in small, partly alternative racing series. Anyone who has ever experienced how directly a cross bike reacts to the kick-off after the bend, how quickly you can ride it over dirt roads, how dynamically you can roll over short inclines, the grip down in the handlebar arch, how playfully you can move on difficult ground, can understand the fascination for the cross bike.

Cross and mountain bike complement each other

As between cyclocross and road, there are connections between cyclocross and mountain biking. With no bike can you train your riding technique better than with the cross bike. If you can steer down a wet slope on the narrow tires, no situation, no matter how difficult, will frighten you. If you can jump over roots and ride down steep slopes without suspension and discover that speed also brings riding safety, you can take a lot to the road bike and the mountain bike. So the desire for cross seems to be rising again among racers as well. Not only in Germany, the calendar of cross races is growing continuously. In Switzerland, traditional cross stronghold, it has just exploded.

The fact that the cross bike is now finding more and more followers in popular sports is probably also a consequence of the technological development of the mountain bike. The technology is becoming increasingly complex. The suspension knows when to work, various rear suspension systems vie for the biker’s favor, frames can’t be light enough, and prices easily reach the 10,000-euro mark. The cross bike is different. The technology is simple, the price moderate. Tradition-conscious equip the bike with the curved racing handlebars, but also straight bike handlebars are often mounted. For 1700.- euros you can already buy a good cross bike. And for all the love of high-tech: racing along a forest path without any suspension at all, feeling every stone and every root, that also has its archaic charm in the age of perfected full-suspension bikes.

Text from FITforLIFE – This blog post was provided to us by the Swiss magazine FIT for LIFE. If you want to read regularly informative knowledge articles in the field of running and endurance sports, click here.